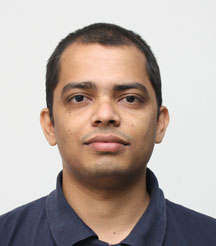 A graduate of Film and Television Institute of India (FTII) with a specialisation in Film Editing. Makarand’s first Marathi feature film as an editor ’Lathe Joshi’ won several awards in international film festivals. He continues to be part of several feature film productions. Makarand is also trained in Classical Animation and has a bachelors’ degree in English from University of Pune. He has worked as an illustrator and graphic designer on several projects. His contributions as a photographer were used in the book on iconic architect Laurie Baker.

Makarand has worked on several fiction, non-fiction and documentary projects as an editor, director, and production designer. His documentary work as a director ‘Maneesha 1941’ won the Golden Comma award of best documentary in SAARC film festival.

He teaches visual arts and filmmaking as a contributory faculty in Flame University, Symbiosis School of Design, Karve Institute Media School and several other institutes.

Makarand has a keen interest in science and space exploration.

Illustrations In The Books 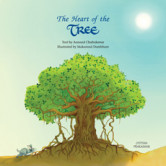 The Heart of the Tree